The USS Liberty is one of the most egregious examples of war crimes committed against US citizens with the knowledge of the US government on record. After decades of forced silence about the attack, veterans began telling their stories. That our government would be complicit in the coverup is so shocking, so horrible, that many refuse to believe it. However, there is ample evidence of outright lies told in official documents. Our leaders helped perpetuate the story the Israeli government told of a “terrible case of mistaken identity.” The echos of tragedy hang thick in the air, crying to be told and known by the world.

Although the US government did not carry out this attack on US sailors, it allowed the lie to be told. The documents released afterward were falsified and heavily redacted. For instance, the document entitled Report to the Director, NSA, USS Liberty, AGTR-5, 23 May – 8 June 1967 gives almost no useful information. It lists the ship’s size, water displacement with a full load, and mission. Most of the 169 page report is obscured. The Liberty was said to be on an intelligence mission and was equipped to listen in on various types of radio transmissions. It’s purpose was to keep an ear on the crisis between Israel and the surrounding Arab nations. Page 167 of this document does get interesting. It states that The USS Liberty had reported it was under attack, had been hit by a torpedo, and was listing badly. The 6th fleet had been directed to proceed toward the scene. Aircraft were dispatched to provide the Liberty with air cover. Page 168 describes strafing runs made by fighter jets believed to be Israeli, and then attack by three torpedo boats. The hull number of one of the boats, 206-17 was noted.. Page 169 goes on to say that photos of the attacking aircraft and boats were taken, Israeli insignia was clearly visible, and that several projectiles had been recovered from topside areas. This report ends with the numbers of dead and wounded, the destroyed state of the ship, inability to complete it’s mission, and that the ship would require dry-docking.

The Clark Clifford Memorandum, by Assistant to the President Clark Clifford, was almost laughable in it’s conclusions. Or it would be, were it not for the nature of treachery and war crimes that it helped to gloss over. The Israeli version of those fateful events and their subsequent explanation are listed:

Clifford’s own conclusions were that although the Israeli military was extremely negligent, no malice was intended.

And now let us look at the other side of the story. Former Chairman of the Joint Chiefs of Staff, Admiral William Moorer, chaired an independent commission to examine the event. These quotes from the report say it all:

Captain Ward Boston, USN, JAGC, Ret, the chief Navy attorney for the 1967 U.S. Navy Court of Inquiry into the Israeli attack, has recently come forward to repudiate the Court’s conclusion that the attack was “a case of mistaken identity”. Captain Boston has revealed that all available evidence, in fact, pointed in exactly the opposite direction – that it was a deliberate attack on a clearly identified American ship.Captain Boston stated that he has personal knowledge that Admiral Kidd found the attack to be “a case of mistaken identity” in 1967 only because he was under direct orders to do so by Defense Secretary McNamara and President Johnson.

Lieutenant Commander David E. Lewis, USS Liberty’s chief intelligence officer (who was severely wounded in the attack) has reported a conversation with Admiral Lawrence R. Geis, the Sixth Fleet carrier division commander, who visited Lewis after he had been medically evacuated by helicopter to the aircraft carrier USS America. According to Lewis, “He (Admiral Geis) said that he wanted somebody to know that we weren’t forgotten” attempts HAD been made to come to our assistance. He said that he had launched a flight of aircraft to come to our assistance, and he had then called Washington. Secretary McNamara came on the line and ordered the recall of the aircraft, which he did. Concurrently he said that since he suspected that they were afraid that there might have been nuclear weapons on board, he reconfigured another flight of aircraft – strictly conventional weaponry – and re-launched it. After the second launch, he again called Washington to let them know what was going on. Again, Secretary McNamara ordered the aircraft recalled. Not understanding why, he requested confirmation of the order; and the next higher in command came on to confirm that “President Johnson…with the instructions that the aircraft were to be returned, that he would not have his allies embarrassed, he didn’t care who was killed or what was done to the ship “words” to that effect. With that, Admiral Geis swore me to secrecy for his lifetime. I had been silent up until I found out from Admiral Moorer that Admiral Geis had passed away” [transcript from NBC’s Liberty Story, aired on national television 1/27/92]. This statement by Commander Lewis has recently been corroborated by Tony Hart, a Navy communications technician stationed at the U.S. Navy Base in Morocco in June, 1967. Mr. Hart connected the telephone conversation between Secretary McNamara and Admiral Geis and stayed on the line to keep them connected. Hart has been recorded as saying that he overheard Admiral Geis refusing McNamara’s order to recall the Sixth Fleet rescue aircraft while the ship was under attack. Mr. Hart reported that McNamara responded, “we are not going to war over a bunch of dead sailors.”

“New evidence of intercepted radio communications between attacking Israeli pilots and the Israeli War Room, recorded by a U.S. Navy EC-121 spy plane, in which the Israeli pilots report seeing Liberty’s American flag flying, has been collected by investigative author James Bamford – for 9 years the Washington Investigative Producer for ABC’s World News Tonight with Peter Jennings (and author of Body of Secrets, which includes a chapter entitled Blood about the attack on USS Liberty). A similar radio message was intercepted by the EC-121 from the Israeli motor torpedo boats. This corroborates statements by surviving crew members, by Ambassador Dwight Porter, and by senior National Security Agency officials concerning NSA intercepts of Israeli pilot communications identifying the ship as American.”

If the true story of the attack on the USS Liberty is to be told, it should be told by the survivors who underwent this horrific ordeal. That story has can be found in a report submitted to the Secretary of the Army on 08 June, 2005. It was compiled on behalf of the surviving veterans of the USS Liberty. They tell of the acknowledgement by the Israeli government that a positive ID had been made of the USS Liberty. They describe the attack by fighter jets, the purposeful taking out of the communications antennae to remove the ability to radio for help. The jets rained down rockets, cannon fire, and napalm. Then the torpedo boats went into action. After firing torpedoes at the wounded ship, the boats moved in for the kill. They went up and down both sides of the ship, raking it with cannon and machine gun fire. Communications equipment and any personnel who came on deck were mowed down. There were 861 holes the size of a man’s fist, and thousands of 50 caliber machine gun holes. Firefighters were unable to battle flames because their hoses were shredded by machine gun fire. The order to abandon ship had to be rescinded because the crew was unable to stand on the main deck without being cut down by machine gun fire. Also, the life rafts were destroyed by the Israelis as they were launched.

The survivors want the US government to admit to the coverup. In their words “As a result of the public relations campaign undertaken on behalf of Israel, the USS Liberty survivors have been vilified for their assertions that the attack was deliberate and for their ongoing quest for justice. They are characterized as “neo-Nazis”, “anti-Semites”, and “conspiracy theorists” for wanting nothing more than an honest, open investigation of the attack on their ship and themselves.” The full report can be read here: http://www.ussliberty.org/report/report.htm#_edn40 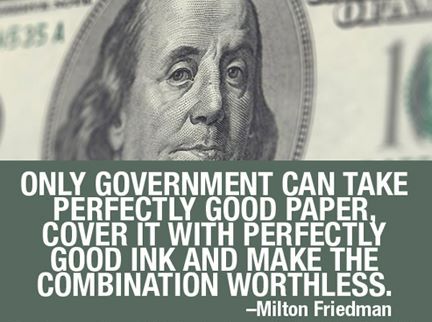 The Bankers Manifesto of 1892 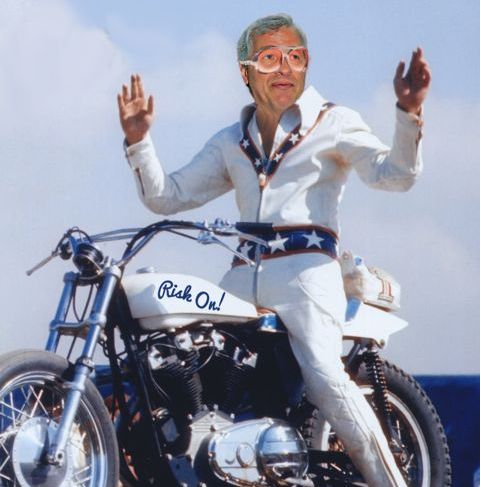