These are the links to the stories covered on the RLM News Show
January 13, 2014

But What Will Be Done About…?

Published on Jan 12, 2014
For those who ask how problems will be handled, if there was no “government.”

Barters are another type of alternative currency. These are actually exchange systems, which only trade items; thus without the use of any currency whatsoever. Finally, LETS is a special form of barter which trades points for items. One point stands for one man-hour of work.

Often there are issues related to paying tax. Some alternative currencies are considered tax-exempt, but most of them are fully taxed as if they were national currency, with the caveat that the tax must be paid in the national currency. The legality and tax-status of alternative currencies varies widely from country to country; some systems in use in some countries would be illegal in others.

For all the regulatory crackdowns on bitcoin in recent weeks, the crypto-currency’s advocates remain unfailingly optimistic.

Bitcoin, they say, heralds a future where private and stateless currencies will dethrone the dollar and other monetary dinosaurs.

But if you strip away its technological trappings such as the encryption and peer-to-peer networks, bitcoin in fact closely resembles earlier private currencies which circulated alongside government-sponsored money.

This was particularly true of the sorts of coins that served as small change for the lower classes of society. According to monetary historian Eric Helleiner, merchants in England issued low-denomination coins made out of copper, lead and tin from the 13th century onwards.

Private currencies got a further boost during the industrial revolution, when British factory owners became so desperate for small change to pay wages that they minted their own cash in far greater quantities and at a cheaper price than the government itself could muster. Much of this currency consisted of coins made of copper, or occasionally silver, but by the nineteenth century private paper currencies also became common.

By the eve of the American civil war, at least 10,000 different kinds of notes competed with the coins issued by the US Mint.

In most nations, foreign coins often circulated alongside official coins, sometimes supplanting them. The most famous of these interlopers, the Spanish peso or silver piece of eight, was the de facto currency in America.

The creation of central banks gave nation-states even further control over their currency. Even the design of the nation’s money, argues Helleiner, came to be seen as a means of instilling allegiance to the state, with nationalist imagery becoming commonplace on currency at this time.

Appearing on CNBC yesterday, former Congressman Ron Paul warned that if the US continues on its current course, the dollar will collapse, and gold will literally be priceless.

“Eventually, if we’re not careful, it will go to infinity, because the dollar will collapse totally,” Paul said on CNBC.com’s Futures Now

Up For Shale: Cameron ‘bribes’ councils to allow fracking

Published on Jan 13, 2014
Britain’s Prime Minister has given a massive lift to the controversial fracking industry. David Cameron has said local authorities who allow shale gas extraction will be able to keep 100% of business rates they collect from the sites. 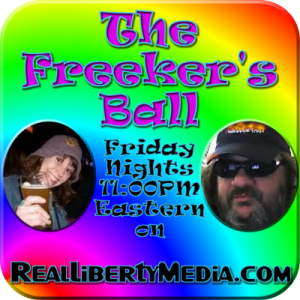