Reviewing the next installment from Oregon Public Broadcasting in the #Bundyville Podcast. 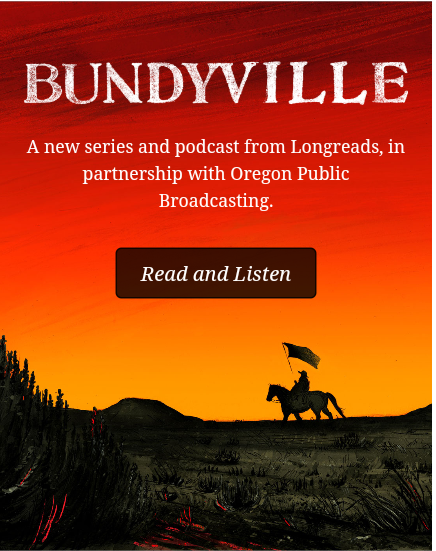 Rather Be
Intro. Vintage “Westworld”

Putting some Pun in the Ponder with a Gander in Candor #AMusedPerspective @skaterdood76 Inspired, thanks Dave Briski

Why Our Heroes Are Different Now

The Wisecrack Edition on the Age of the Post-Hero!

Scriptnotes – John and Craig discuss the power of point of view in scripts and how the choice of which characters have storytelling power changes how we experience a movie. Point of view has a meaningful role in creating mystery, expanding scale, elevating characters, and energizing a story.

Postmodernism presents a threat not only to liberal democracy but to modernity itself. That may sound like a bold or even hyperbolic claim, but the reality is that the cluster of ideas and values at the root of postmodernism have broken the bounds of academia and gained great cultural power in western society. The irrational and identitarian “symptoms” of postmodernism are easily recognizable and much criticized, but the ethos underlying them is not well understood. This is partly because postmodernists rarely explain themselves clearly and partly because of the inherent contradictions and inconsistencies of a way of thought which denies a stable reality or reliable knowledge to exist. However, there are consistent ideas at the root of postmodernism and understanding them is essential if we intend to counter them. They underlie the problems we see today in Social Justice Activism, undermine the credibility of the Left and threaten to return us to an irrational and tribal “pre-modern” culture.

Postmodernism, most simply, is an artistic and philosophical movement which began in France in the 1960s and produced bewildering art and even more bewildering  “theory.” It drew on avant-garde and surrealist art and earlier philosophical ideas, particularly those of Nietzsche and Heidegger, for its anti-realism and rejection of the concept of the unified and coherent individual. It reacted against the liberal humanism of the modernist artistic and intellectual movements, which its proponents saw as naïvely universalizing a western, middle-class and male experience.

It rejected philosophy which valued ethics, reason and clarity with the same accusation. Structuralism, a movement which (often over-confidently) attempted to analyze human culture and psychology according to consistent structures of relationships, came under attack. Marxism, with its understanding of society through class and economic structures was regarded as equally rigid and simplistic. Above all, postmodernists attacked science and its goal of attaining objective knowledge about a reality which exists independently of human perceptions which they saw as merely another form of constructed ideology dominated by bourgeois, western assumptions.

POSTMODERN ASPECTS IN LARRY McMURTRY’S
LONESOME DOVE, STREETS OF LAREDO,
DEAD MAN’S WALK, AND COMANCHE MOON
by
PAT SMITH NICKELL, B.A., M.A.
A DISSERTATION
IN
ENGLISH
Submitted to the Graduate Faculty
of Texas Tech University in
Partial Fulfillment of
the Requirements for
the Degree of
DOCTOR OF PHILOSOPHY
Approved
December, 1999