Vincent Easley II Posts
LIFE: “Just BEing Me”
In Contrast
You are what you do, not what you say you’ll do. 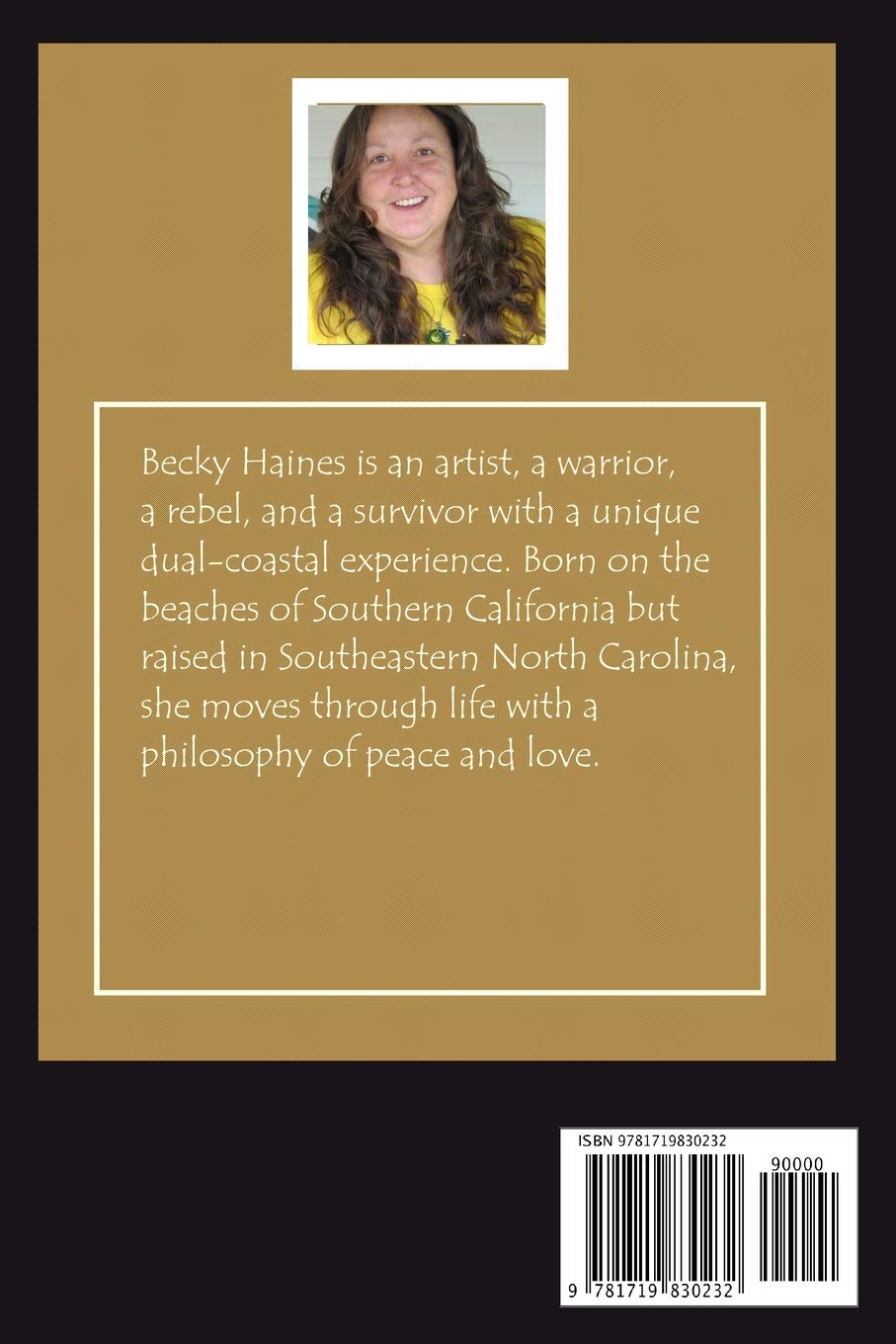 Aug 19, 2018 by Becky Haines
Just BEing Me is the first book published by creative spirit Becky Haines. She explores the simplicities and intricacies of like only as a vibrant survivor can do : with resigned optimism and bravery. Enclosed within are the words and photography of a woman who seems to always find more to say.

“Thank you FB for announcing my Born-Day one day early

🙂. My favorite picture of my Momma and I, this baby came in a with a bang

O:) at 10.3. Picture is actually from a clip in the San Diego paper as my Daddy was out to sea, he was a Navy man. Thanks everyone for the wishes!” Becky Cowley 6 September 2018 ·

Becky passed peacefully early Monday morning at 1 am, Sept. 23rd 2019. She touched many souls in this World, we will sorely miss her.
Remembering the life she shared serves as both her Testament and Will that, to God be the Glory, “shall be for the good of others”.
When you feel you may be drowning in this thing called life, just tie another knot at the end of your rope and hang on, things will change.… Becky Haines Cowley

The Patriarchs from Adam down through the generations would write a Testament to their heirs explaining what he had learned in this life and passing the wisdom of a life lived to his offspring. I beseech thee to write your testament… (thx VDE)

A big thank you to Becky Haines for appearing on The Ochelli Effect.

“We built memories. We built them not knowing at the time they would become memories. That someday in the not-too-distant future we’d look back on those times in the house and wonder where it all went.” Victoria Comella | Longreads | July 2018 | @VictoriaComella | @Longreads

So brief a time we have…

You can choose your behavior, the world chooses your consequences. – Pia Melody
~
Oh Turkey! In our Summer days, A vagrant, coy, hard to raise;
Forever strutting in your pride, And bluffing it with haughty stride!
Oh Goosey Gander! How you hiss!
You’re wise enough to ponder this-That birds that squawk and hiss and peck
Are sure to get it in the neck!
…on this day…
We’ll square accounts in merry fray.
…good enough…
continue reading…  Birds of Christmas by Charles Irwin Junkin

continue reading… THE ELIXIR OF YOUTH BY ALBERT BIGELOW PAINE

Yamas (Sanskrit: यम) is a part of the continued choice of “right living” and being ethical. It means “reining in” or “control”. Simply, they are rules for Proper Conduct. (paraphrased, wikipedia)

The struggle back to life and faith in the face of pain and the certainty of death.
There comes a moan to the cancer clinic. There comes a sound so low and unvarying it seems hardly human, more a note the wind might strike off jags of rock and ice in some wasted place too remote for anyone to hear. Continue reading… Mortify Our Wolves By Christian Wiman | September 4, 2012

Do you not then hear this horrible scream all around you that people usually call silence. – Werner Herzog  (thx Prints)

Intent; Choices are what we make of it and what we determine ourselves to be. (thx frumpy)
Are You You, or Someone’s else Idea of what you should be?
I write my own script in life, but (it’s) the purpose in my soul that guides me. ~ Becky Cowley
When I come to that place, that part of me, where I find my rest, tis jubilee, in rendezvous, meet me. vreii
Friendship can tear down all the walls that attempt to intimidate its might.
Unity between friends can achieve what seems impossible.
Friends are a great example of the way to obtain World Peace. Julieta 2013

Seasons in the Sun BOC – Don’t Fear the Reaper

The Beatles – The End

Legato In music performance and notation, legato indicates that musical notes are played or sung smoothly and connected.
That is, the player makes a transition from note to note with no intervening silence. Legato technique is required for slurred performance,
but unlike slurring, legato does not forbid rearticulation. (Wikipedia)