Grammy’s Rocket Chair on a FREEKER Friday Night where I Share some of the Fetid Brain Food the MSM is trying to Shove Down Our Throats……. and Sadly, Far Too Many seem to have Acquired a Taste for it!

Here’s a couple “Tips” for ya……. Not EVERYTHING on the Internet is TRUE……. What’s “Trending” is Not Always Factual or Without Bias……. What’s “Government Approved” is NOT Always in YOUR Best Interest……. There’s No Such Thing as “One Size Fits ALL”……. and, Just because You “Can” do a Thing Does NOT Mean that You “Should” Do It!

Thanks for Giving a Listen & Be Sure to check out ALL the Other Awesome Shows here on the RLM!

Special From the Pig:

‘The Lessons We Learned From Horror Films’

When it appears that you have killed the monster, NEVER check to see if it’s really dead. It isn’t.

If you find that your house is built upon or near a cemetery, was once a church that was used for black masses, had previous inhabitants who went mad or committed suicide or died in some horrible fashion, or had inhabitants who performed satanic practices in your house move immediately.

Never read a book of demon summoning aloud, even as a joke.

Do not search the basement, especially if the power has just gone out.

If your children speak to you in Latin or any other language which they should not know, or if they speak to you using a voice other than their own, shoot them immediately. It will save you a lot of grief in the long run. NOTE: It will probably take several rounds to kill them, so be prepared.

When you have the benefit of a group of people, NEVER pair off and go it alone.

As a general rule, don’t solve puzzles that open portals to Hell.

If you’re searching for something that caused a noise and find out that it’s just the cat, leave the room immediately if you value your life.

If you find a town that looks deserted, it’s probably for a reason. Take the hint and leave NOW!!

Don’t fool with recombinant DNA technology unless you’re sure you know what you are doing. Even then, don’t do it.

If you’re running from the monster, expect to trip or fall down at least twice, more if you are of a female. Even though you may be faster than the monster, you can be sure that it WILL catch you.

If your friends suddenly begin to exhibit uncharacteristic behavior such as hissing, fascination for blood, glowing eyes, increasing hairiness, and so on, get away from them as fast as possible.

If your car runs out of gas at night, do not go to the nearby deserted-looking house to phone for help.

Beware of strangers bearing tools such as chainsaws, staple guns, hedge trimmers, electric carving knives, combines, lawnmowers, butane torches, soldering irons, or band saws. This is especially true if they are wearing a hockey mask or one made of human skin.

Links for this show:

This is the podcast for Grammy’s Rocket Chair Program that airs LIVE every Wednesday and Friday Night at 7:00 Eastern Time with your host Grammy Mary

I'm a Daughter, Sister, Friend, Lover, Mother & Grammy that seems to think I Might have something Vital to Say...... or at least Politically Incorrect 😉 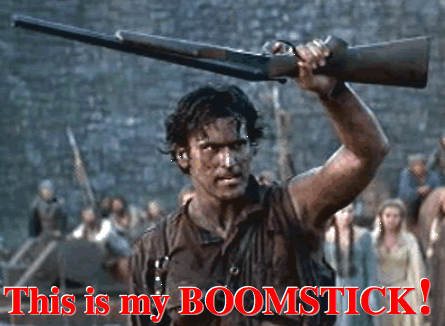