These are the links to the stories covered on the RLM News Show – October 17, 2013

Janet Yellen Exposed – The Truth Behind the Myth

Why are so Many Americans in Prison? Michael Stoll on America’s Ridiculous Incarceration Rates

“Every ten or eleven people that you meet, someone is going to either know someone in prison, has been in prison with a record, or you met them and they are going off to prison,” says Michael Stoll, co-author of Why are so Many Americans in Prison?

ReasonTV’s Tracy Oppenheimer sat down with Stoll to discuss why incarceration rates and associated prison costs in America have exploded in the last few decades, and possible ways to reform the system.

“That increase [in incarceration rates] that we saw, 80 percent of that through our analysis, was driven by policy changes, not by the increased criminality of citizens in the United States,” says Stoll. “One of the things that I think needs to be done—and we know that this is politically difficult—is there has to be reform in sentencing.”

A recent paper published in the American Journal of Medicine studied what’s inside two different brands of fast-food chicken nuggets and found they contain a lot of crap. This is just one example of how society feeds us crap, both literally and figuratively, on a daily basis. How have we all come to accept that this is how the world works? The Resident (aka Lori Harfenist) discusses. 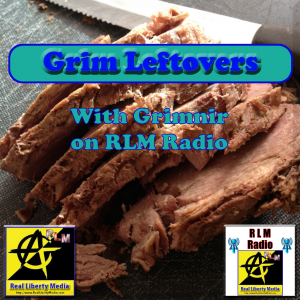